When our Gallery Educator, in preparation for educational tour programs for War and Deception, asked Sam Shahsahabi what one thing he wanted students to take from his exhibition, he replied that they should work hard to get their information about world events from as many resources as possible in order to fully educate themselves.

Within days of the opening of Sam’s solo exhibition at the Thunder Bay Art Gallery, Neil Young began his Canadian benefits tour for the Athabasca Chipewyan Fist Nation Legal Defense Fund. The musician’s outspoken opinion about the ecological effects of oil sands development and the Government’s broken treaties with the Fist Nation sparked a quick response from the PMO in the form of a press release defending the government’s position. This confrontation around an important Canadian issue, which Sam is also addressing, is a perfect example of the importance of his advise to us and why we must investigate many sources of information and keep questioning. 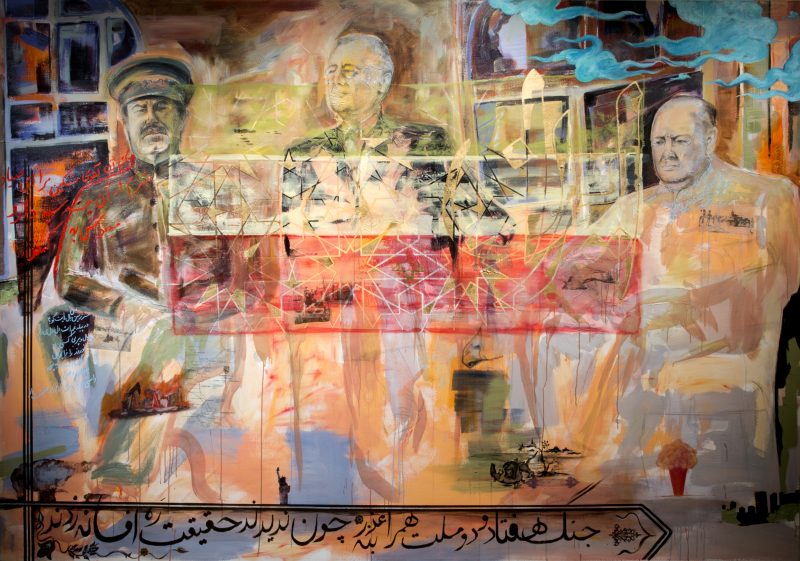