Unfold Time celebrates the life and work of Leo Yerxa (1947–2017), the award-winning artist, poet, and writer from Couchiching First Nation. The exhibition brings together Leo’s writings – his memories, reflections, and poems – with his art. Combined, they take us on a journey, revealing how Leo’s extraordinary talents unfolded over five decades.

Leo Yerxa (1947 – 2017) was born in Couchiching First Nation, near Fort Frances in Northwestern Ontario. An award-winning artist, he studied graphic arts at Algonquin College in Ottawa and fine arts at the University of Waterloo. Early in his artistic career, Yerxa participated in group exhibitions in Toronto, Ottawa, and New York. In 1975, he was awarded the commission to design the 1976 series IV Olympic Coins. He looked to Algonquin belt quillwork to depict track and field sports. In 1984, Yerxa’s largest solo exhibition to date, Renegade, was held at the Thunder Bay Art Gallery. It was named after the artist’s series of 42 watercolour works featured in the show. These paintings portray delicate and sparse landscapes, inviting one to consider isolation within the vastness of some distantly familiar place.

In addition to his work as a practicing artist, Yerxa illustrated and published numerous children’s books. His book Last Leaf First Snowflake to Fall (1994) won multiple awards, such as Mr. Christie’s Book Award. He then put out the offbeat parable A Fish Tale (1995). In 2006, Yerxa received the Governor General’s Award for Children’s Book Illustration for his book Ancient Thunder, which celebrates wild horses and the natural world of the prairies. In 2017, Yerxa’s stories and art were featured in his first international solo exhibition, Geschichten aus dem Waldland/Stories from the Woodlands, at NONAM, North American Native Museum – Indianer und Inuit Kulturen in Zürich, Switzerland. 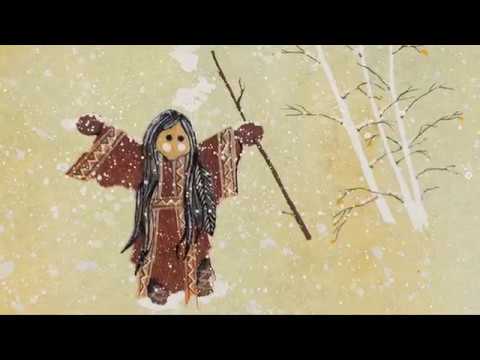