Into The Woods: Etchings By George Raab

Beginning in the Summer of 1922, the philosopher Martin Heidegger (1889-1976) occupied a small cabin in the Black Forest Mountains of Southern Germany. Here, inspired by the wilderness around him, he produced many of his most well known writings on dwelling and place. For Heidegger, nature is what links dwelling with being, in an ideal sense, and in turn, he emphasizes preservation and the necessity of harmony with nature.

The woods came to figure prominently in Heidegger’s writing, symbolizing the unconscious mind- a site of eclipse and negotiated. For him, the clearing in the woods is the perfect metaphor for philosophical illumination —the site of unconcealment, the essence of truth. The clearing, of course, depends on the existence of the forest —it is the light amidst darkness. Once the woods cease to exist and the clearing is a vast expanse, it is no longer has the same illuminative power. 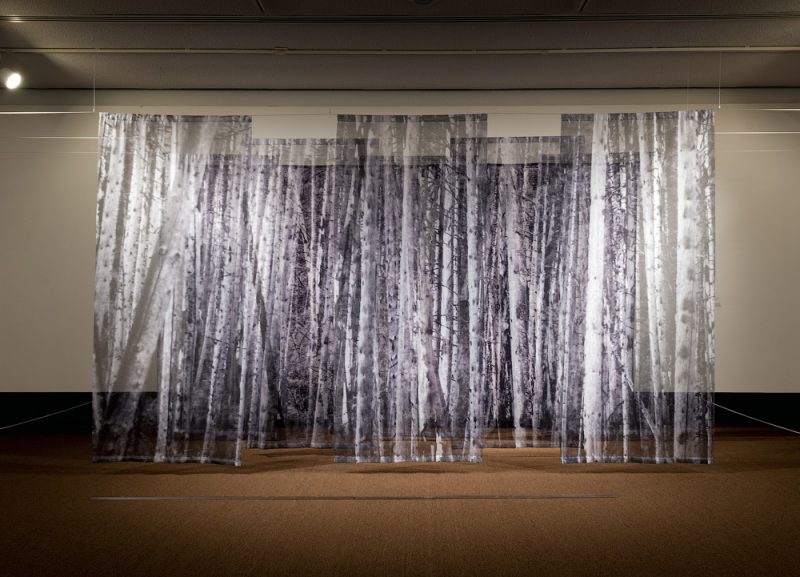 George Raab, too, makes his studio and home on the edge of a forest, in the small village of Millbrook, ON and, like Heidegger, a sense of place —of groundedness in one’s physical surroundings— runs through his body of work. He speaks of finding solace —and his artistic voice— in the forests of Algonquin area, early in his career. For Raab, the forest has power both real and symbolic. Like the landscape artists of the German Romantic period, Raab taps into the sublime power of nature, specifically the primeval energy of the woods. His meticulously detailed and tonally rich prints show viewers the mystery of the forest floor underfoot, while also beckoning a look upward toward the upper canopy and its relationship with the sky and the sun.