As a Métis artist, Bob Boyer‘s (1948–2004) painting hears the mark of a dual cultural perspective, one that alternates between the Plains Indigenous Peoples imagery of his Indigenous heritage and the European tradition that provides him with the vocabulary of abstraction. Boyer’s work has been informed by colour field painting, specifically by the non-representational and experimental work of the Regina Five group in the 1960s. His first works were painterly, semi-abstract depictions of ceremonial and everyday objects used by Indigenous people, borrowing design elements of traditional hide painting and beadwork.

Boyer has used a variety of media throughout his career, although he is probably best known for his blanket paintings. In the 1980s he replaced the traditional canvas surface with that of a blanket, addressing the political issues of Indigenous history in Canada, painting scenes alluding to injustice, betrayals, defeats, and environmental destruction. By the mid-1990s Boyer had shifted focus, choosing to instead encourage the perpetuation and celebration of Indigenous culture. He believes that the time has come fro Indigenous people to look beyond the conflicts imposed by Western culture. 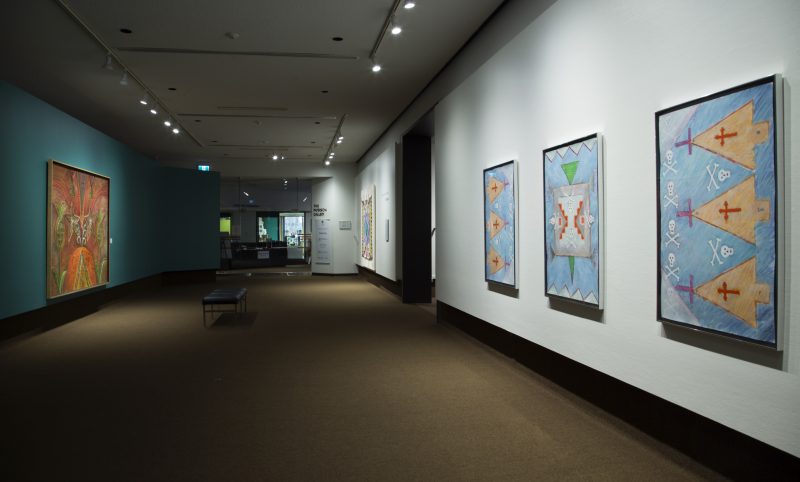