Benjamin Chee Chee (1944 – 1977) of Temagami First Nation worked as a full time professional artist in the later part of his life. Working in Montreal and then Ottawa, Chee Chee was prolific in his cultural production, generating what have come to be iconic drawings and prints of geese, as well as large, colourful abstract paintings.

While Untitled [Caribou] might be considered one of Chee Chee’s less familiar works, its technical sophistication speaks adroitly to his talent and artistic capabilities. This work is one of the artist’s “line paintings,” works predicated on what Saulteaux artist and curator Robert Houle calls “an economy of means.” In these, Chee Chee uses line as a compositional device. In other words, the line’s movement across the canvas in Untitled [Caribou] defines the form and ultimately the image. Such skilled use of aquiline distinguished Chee Chee from his contemporaries active in the 1970s, artists such as Norval Morrisseau (1931 – 2007), Carl Ray (1943 – 1978), Jackson Beardy (1944 – 1984), and Daphne Odjig (1919 – 2016).

This work was on display in the gallery as part of the exhibition By Request: Collective Curation of the Permanent Collection (April – June 2018). Rebekah Skochinski, a freelance writer and assistant editor of The Walleye, selected this work to be included in the show. Of this work, she writes, “Art is personal. It’s personal for the artist who creates it and personal for the ones who experience it. For instance, I love…the simplicity of the sweeping strokes of Benjamin Chee Chee’s caribou…. Looking at Chee Chee’s painting fills me with calm.”

Originally published in The Walleye – AUG 2018 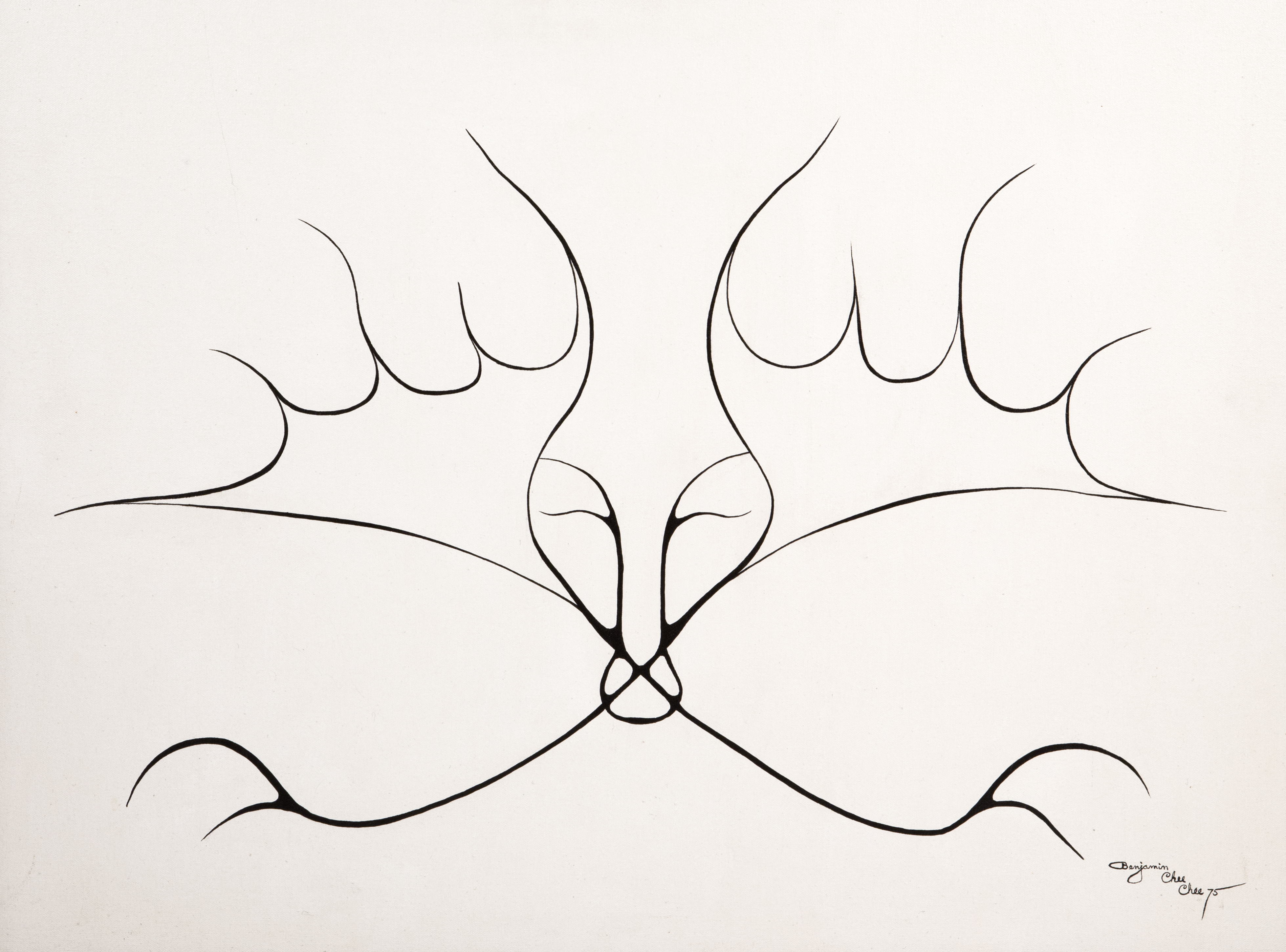