The World We Know

New Acquisitions to the Permanent Collection

The World We Know showcases new and recent works in the Thunder Bay Art Gallery’s Permanent Collection. The exhibition title is a nod to a painting called The World I Know is Different (2001) by artist Roy Morris. This phrase holds layers of meaning in our present day.

In The World We Know twelve artists span generations and media. New paintings, prints, sculptures, ceramics, beadwork, and textiles were purchased through acquisition grant funds or donated by individuals in our extended community. For many reasons, this exhibition celebrates the abundance and generosity that surrounds the gallery. 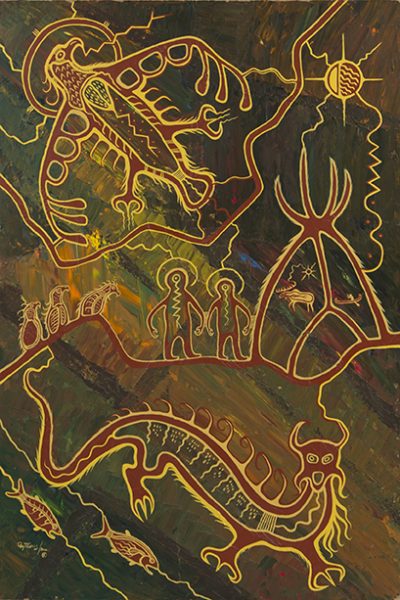 This exhibition is full of intuition, scale, and dreaming. A small wood squirrel by Norman Moonias is set against the bigness of sound and memory, a sense of place, and aliveness of a spirit realm.

The arc in the neck of a goose by Tom Yellowhead and frenzy in the eyes of fox by Joshim Kakegamick remind us that all things move through the present in their own time. All beings dream.

Norval Morrisseau’s Demi God Figure One and Demi God Figure Two return to northern Ontario after 40 years away. These are large-scale figures, dignified, with the moon and stars as relations. The exhibition holds a total of ten new Morrisseaus, from various periods in his life. Water Sprit swims through fluid space, while Moose Spirit steps lightly on an otherworldly plane. Mother Earth with her artful expression, knows what she knows. 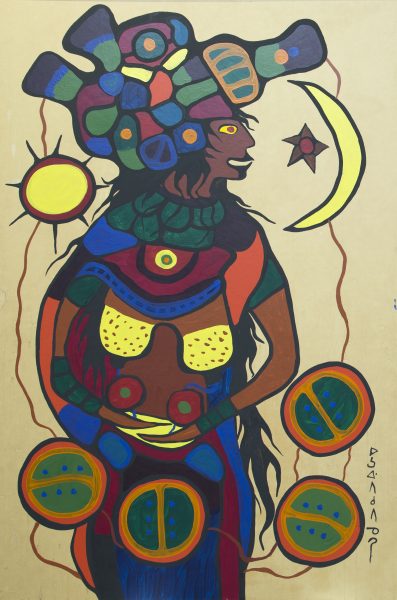 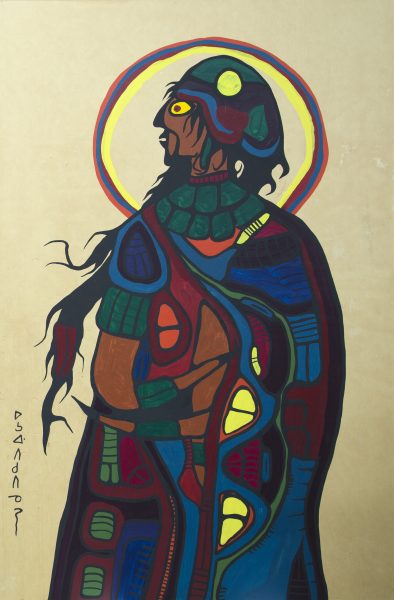 Artist and beadworker Jean Marshall offers two rings of fire. Two circles of tanned hide moccasins and mitts are named Ring of Fire I and Ring of Fire III. In one world, a ring of fire is the heart of human connection and survival: a sacred fire in Anishinaabe culture. In another, “The Ring of Fire” is a Tolkienesque name for lithium mining that surrounds Thunder Bay and the artist’s home in Fort William First Nation.

A mixed media work by Susan Ross catches the artist in the most experimental phase of her career in the late 60s. Her curiosity for everyday life is alive in vibrant colour and texture.

Sixty-seven painted elk hide drums are a frequency, a hum. Billy and Chiefs: The Complete Banned Version by Sonny Assu was inspired by the album Indian Music of the Pacific Northwest Coast, recorded by Dr. Ida Halpern during the latter years of the potlatch-ban (1947-1953). This album holds over 300 ceremonial Northwest Coast songs, including songs sung by Assu’s great-grandfather Chief Billy Assu.

While installing his first retrospective in 1993, Alex Janvier sketched the front of Thunder Bay Art gallery in delicate pencil lines. The building appears as if in a dream. In uncanny likeness, slim jack pines ripple-like reflections in a lake on ceramic vessels by Michael Peters.

Purples and pinks blaze like a sunrise or sunset in Judith Martin’s Canadian Pioneer. As if to signal a return to the present moment, a flock of birds by Benjamin Chee Chee swoop overhead.

I believe a public art collection keeps dreams alive, again and again, each time a works come out and makes itself seen. We create new worlds from the worlds we know. 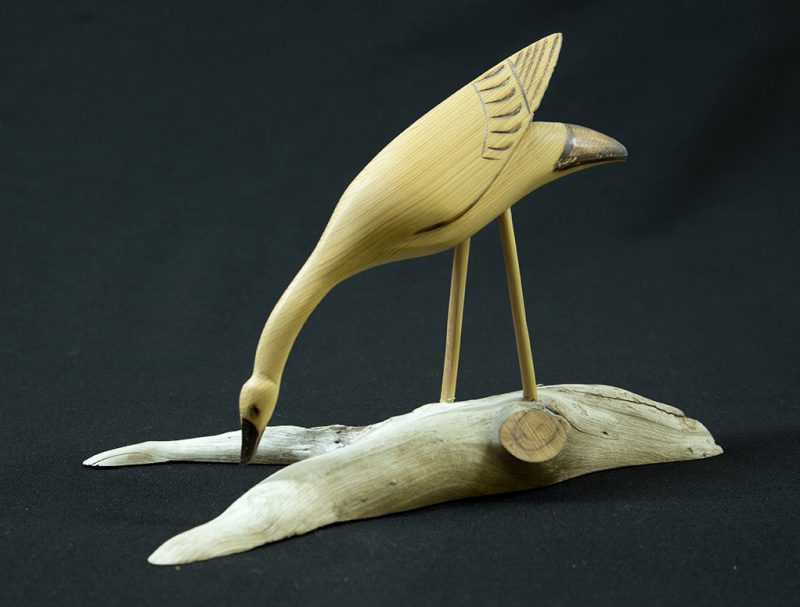 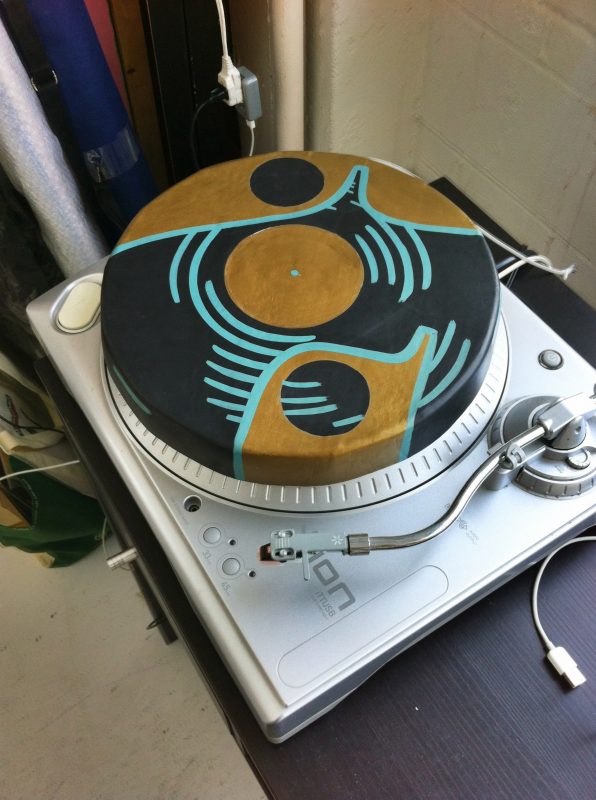 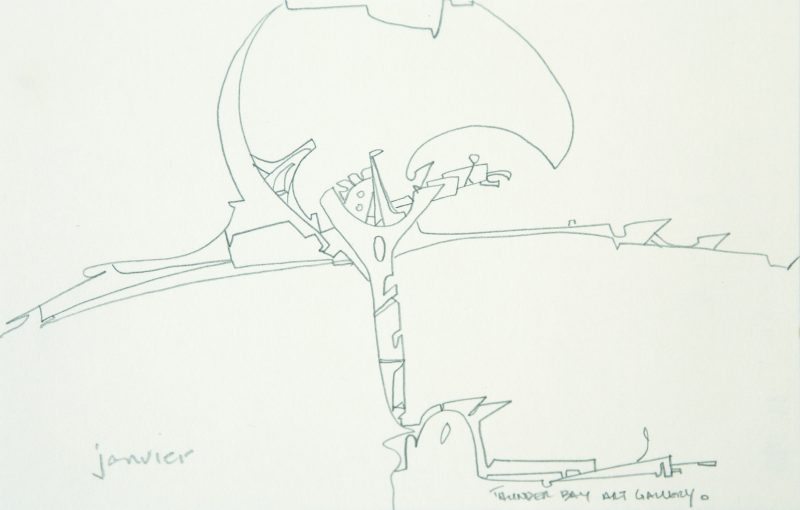 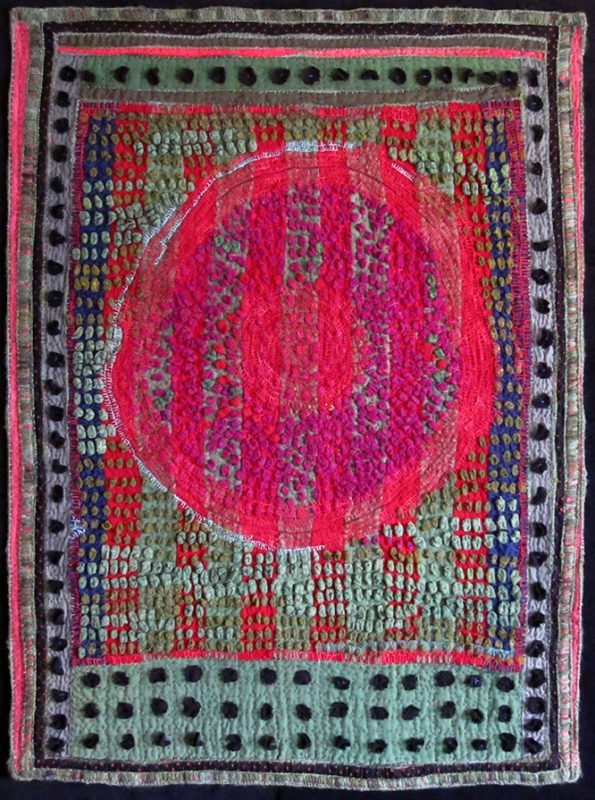 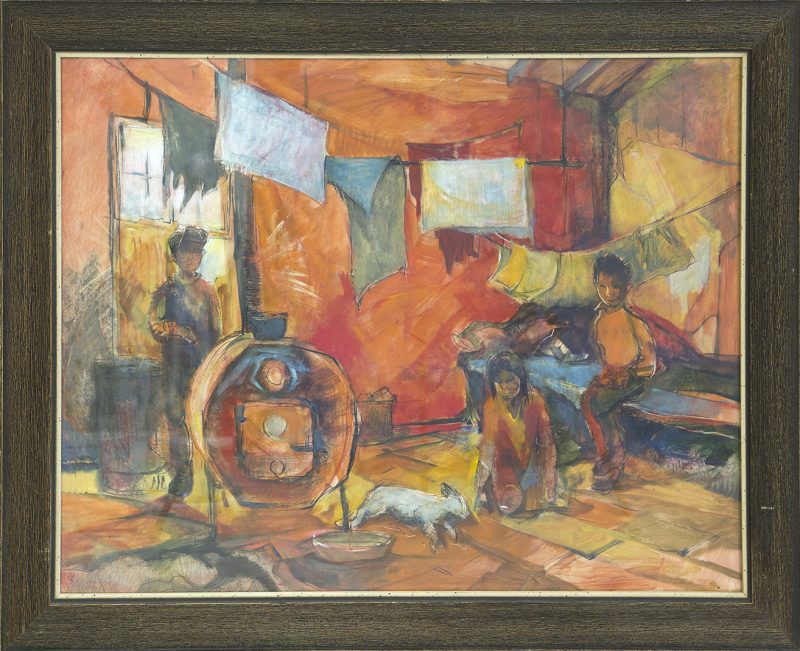 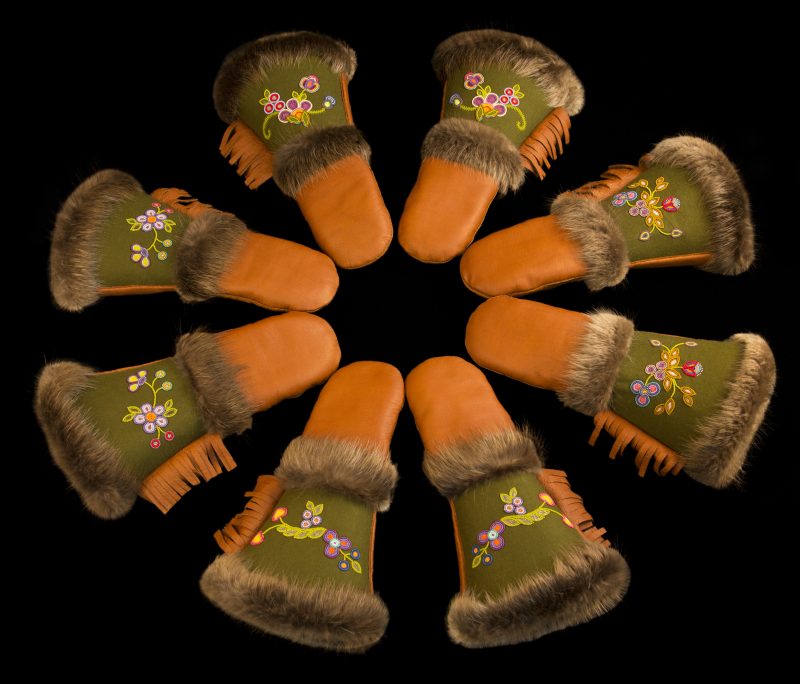