In Don’t Eat the Fish Fort William First Nation artist Christian Chapman vividly illustrates a cautionary story he was once told: don’t eat the fish from some of the freshwater lakes in Northern Ontario. The warning undercuts some of the perceptions of Northern Ontario’s pristine landscape as it draws attention to some of the ongoing environmental devastation in our region. In particular, the work highlights how mercury contamination of the English-Wabigoon River system that surrounds Grassy Narrows First Nation has wreaked havoc on its peoples and their livelihood. Unresolved for 40 years, the poisoned water source continues to cause damage to the well-being of the people from Grassy Narrows and to their environment.

To communicate his message, a large, frenetically drawn skull at the centre of Chapman’s mixed-media painting is surrounded by silkscreened images of fish. Wry and poignant, Don’t Eat the Fish is one of a series of paintings inspired by ‘don’ts’ Chapman heard over the years in his community. These paintings were shown in a 2010 solo exhibition at the Thunder Bay Art Gallery.

Among Christian Chapman’s many achievements are the Premier’s Award for Excellence (2016), K M Hunter Award in Visual Arts (2016), Jury Award for The North Now exhibition at Thunder Bay Art Gallery (2014), the City of Thunder Bay Arts and Heritage Award (2011). He continues to live and work in Fort William First Nation.

Originally published in The Walleye – APR 2017 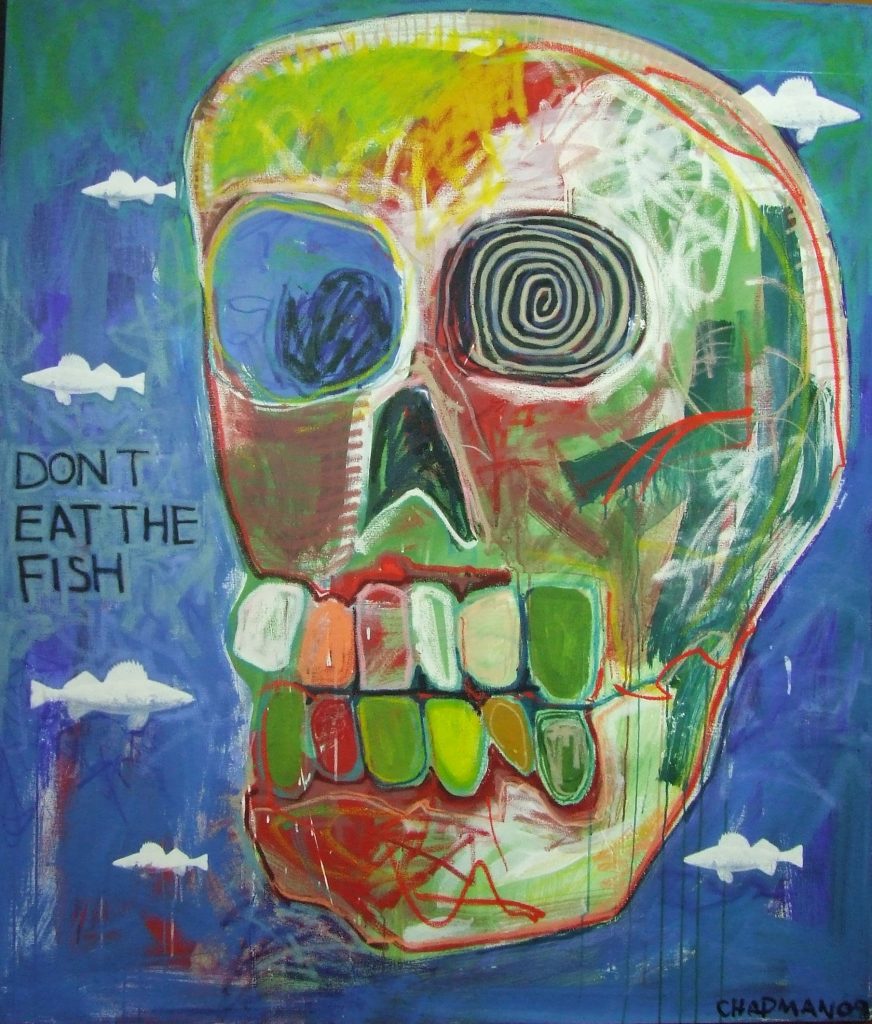