The distinctive calligraphic style of Denesuline and Saulteaux artist Alex Janvier owes a great deal to the abstract designs found in traditional Indigenous bead and quill work art. As a young child growing up in Cold Lake First Nations, Janvier not only observe such practices in his community, but also created his own creations using sticks to etch designs onto the Earth. As curator Lee-Ann Martin notes, despite the inhumane treatment Janvier received at the Blue Quill Residential Indian School, “access to pencils, crayons and watercolours” had “expanded his visual language.”

Unequivocal in his criticism of colonialism and environmental devastation throughout his lengthy career, Janvier’s oil on linen painting The Colony of Alberta is no different. The rich gold background gleams and the swirls of colour glisten like spilled petroleum oil in water. The cartographic reference to Alberta as a colony highlights how the province is under the control of the settler state that continues to extract natural resources without consultation with Indigenous peoples.

Among his many accolades and distinctions, the Governor General Award in Visual and Media Arts (2008), Member of the Order of Canada (2007), and the Queen Elizabeth II Diamond Jubilee Medal (2013) stand out. A prominent member of the Professional Native Indian Artists Incorporated (commonly known as the “Indian Group of Seven”), which was established in the early 1970s, Janvier opened his own gallery in Cold Lake First Nations 149B in 2012 where he continues to work and showcase his art.

Originally published in The Walleye – SEP 2017 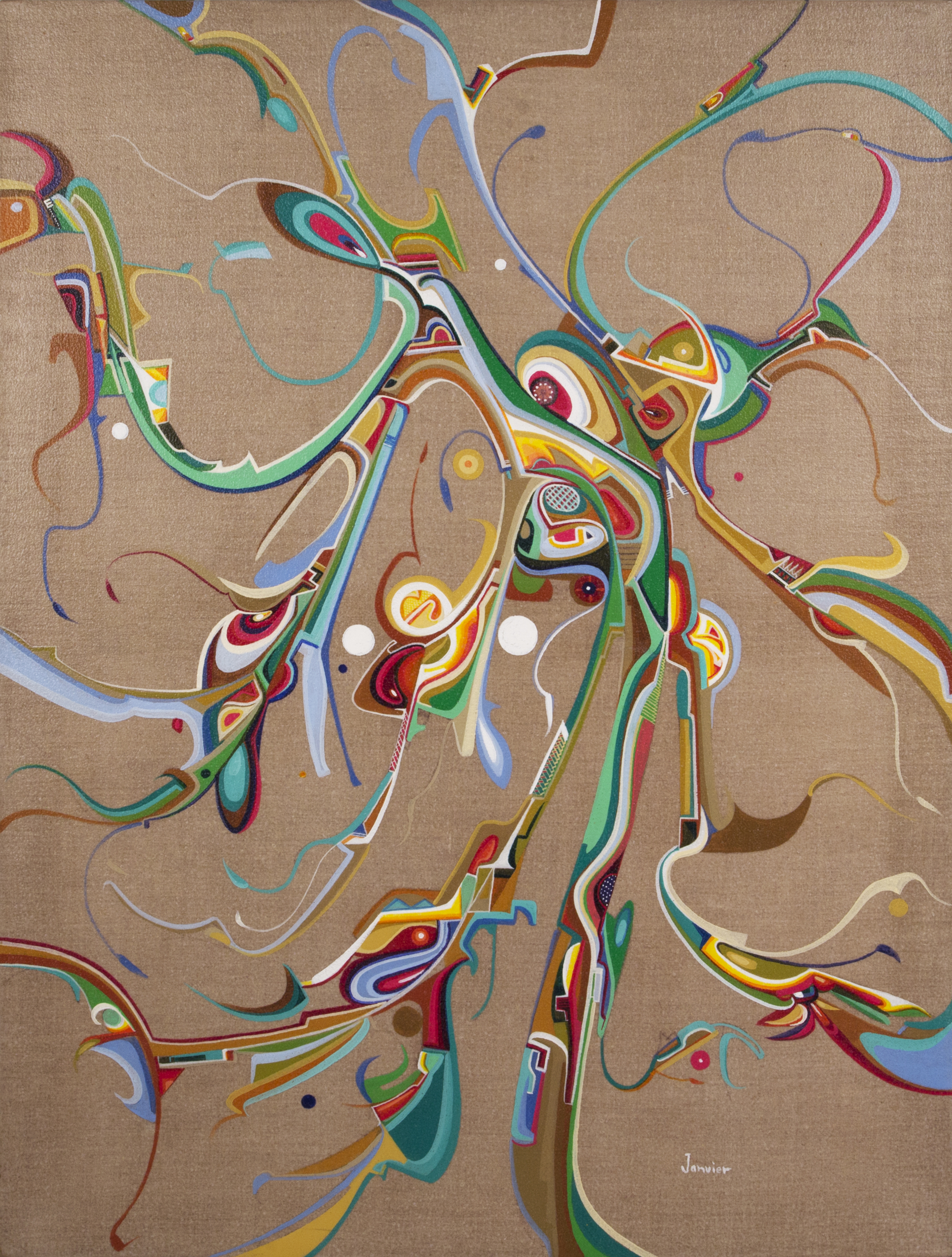