Angus Trudeau (1907 – 1984) spent most of his life on and around Manitoulin Island, which inspired his art production. He worked as a cook on Great Lakes boats, freighters, and ferries. He was also spent time in lumber yards working as a cook, a logger, and a pulpwood cutter. Trudeau devoted his spare time and retirement years learning to paint and make models of boats and lighthouses. As a result, the Anishnawbae-Odawa artist developed an insightful and pragmatic approach to both model-making and painting.

In his painting practice, he started out turning to his collection of images newspaper clippings, photographs, and postcards. Taking these images, Trudeau combined them and created collages. Learning from these works, he went on to paint expansive works featuring prominent lake freighters and ferry boats in extreme foreground.

Trudeau spent years honing his technique, and Carol Lake/Night Scene signals his achievements. Surrounding the vessel, the artist has skillfully depicted intriguing atmospheric effects. While the tiny sun sets on the extreme right-hand, the darkening sky is riddled with patches of greys, blacks, and greens, as well as various textures, making for a charged vista. The artist seems to have bent the so-called “laws” of perspective conflating the profile and front views of the vessel and yet the representation is startlingly vivid and dynamic.

Artist Blake Debassige describes Trudeau’s final years, writing, “When poor health and poor eyesight made painting difficult for him, Angus apprenticed his younger relations. He showed them how to colour and how to replace things in a composition. He used to say that he was preparing some of these young people to be artists….[W]ith the work that he left behind, and his children and grandchildren, we have testimony of his existence here. We can draw upon his works as ‘living words.’ They are pictures that we can relate to and learn from. His work will have a lasting effect on everyone who sees it.”

Originally published in The Walleye – DEC 2018 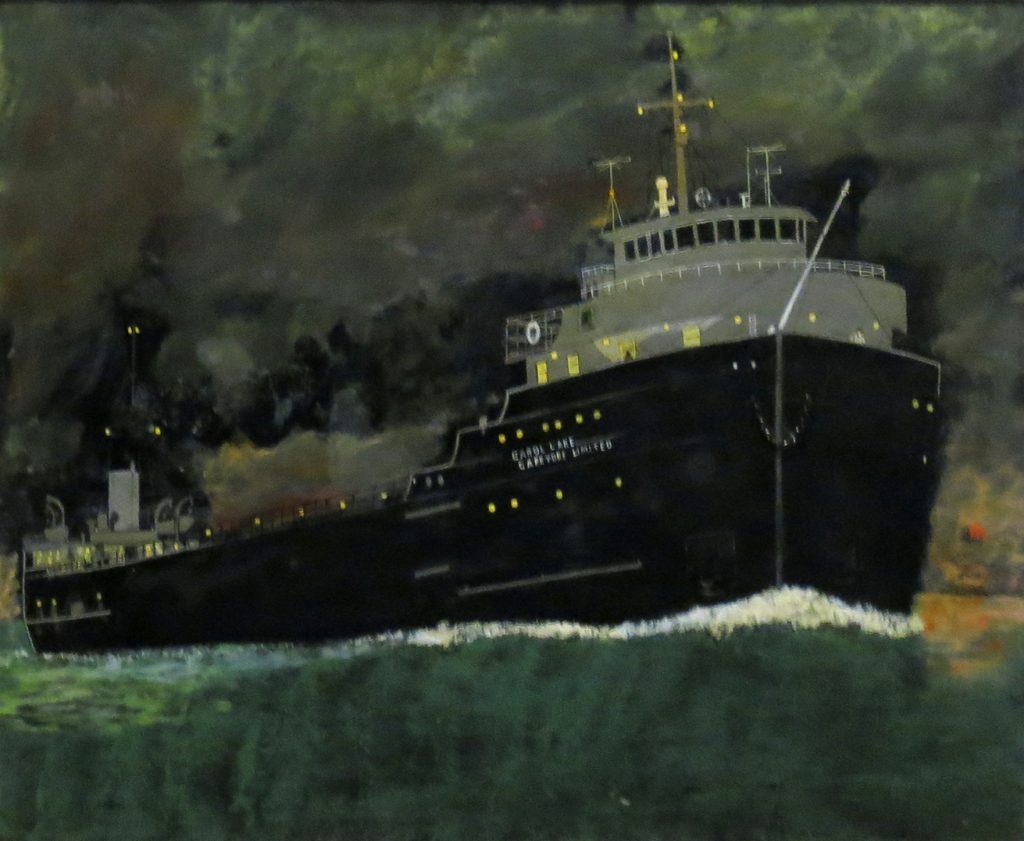