A Prayer Before the House of the Ghosts

Born in 1969 in the Comox Valley, BC, artist Marianne Nicolson is well versed in the powerful imagery of the Kwakwaka’wakw. In her large painting A Prayer Before the House of the Ghosts, we see a centrally placed ‘unearthly puppet’ who is straddling a dark, circular entrance way and also flanked by two ravens. On both sides of the painting’s border, male figures are depicted descending head first to the bottom – presumably to the ghost world. For this painting not only visualizes the traditional architectural threshold of the long house (also called the big house), but the work also functions as “a doorway between the human world and the spirit world and illuminates the Kwakwaka’wak concept of life as a series of transformations.” For Nicolson, this work is also an invocation: “an appeal to the spirits of the past, our grandparents, fathers, mothers who have passed on… It is a prayer for assistance to keep alive in this world some of the knowledge that has gone…”

Visually and conceptually potent, the painting is one of the few fine examples of contemporary Pacific Northwest Coast art in the Thunder Bay Art Gallery’s permanent collection.

Originally published in The Walleye – MAR 2017 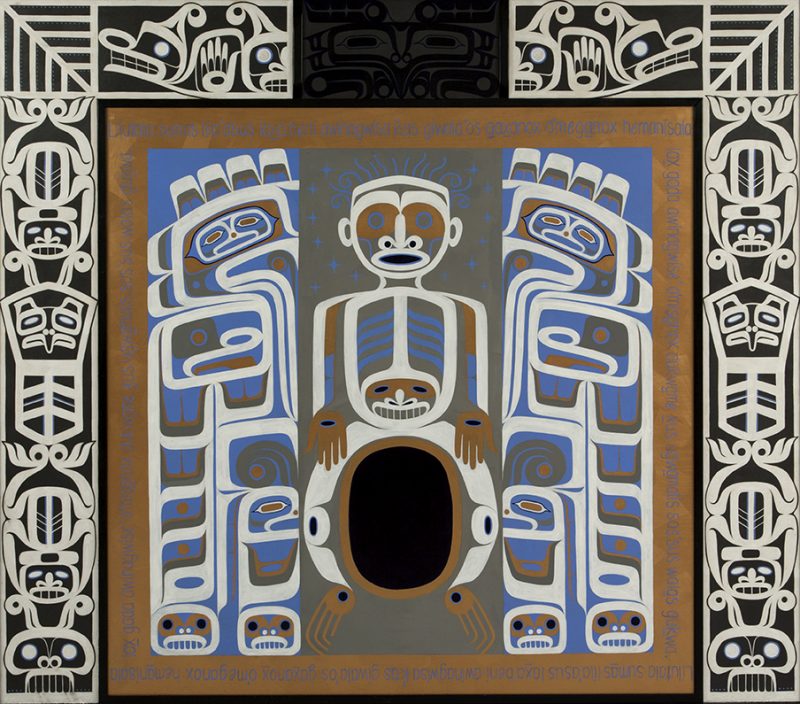