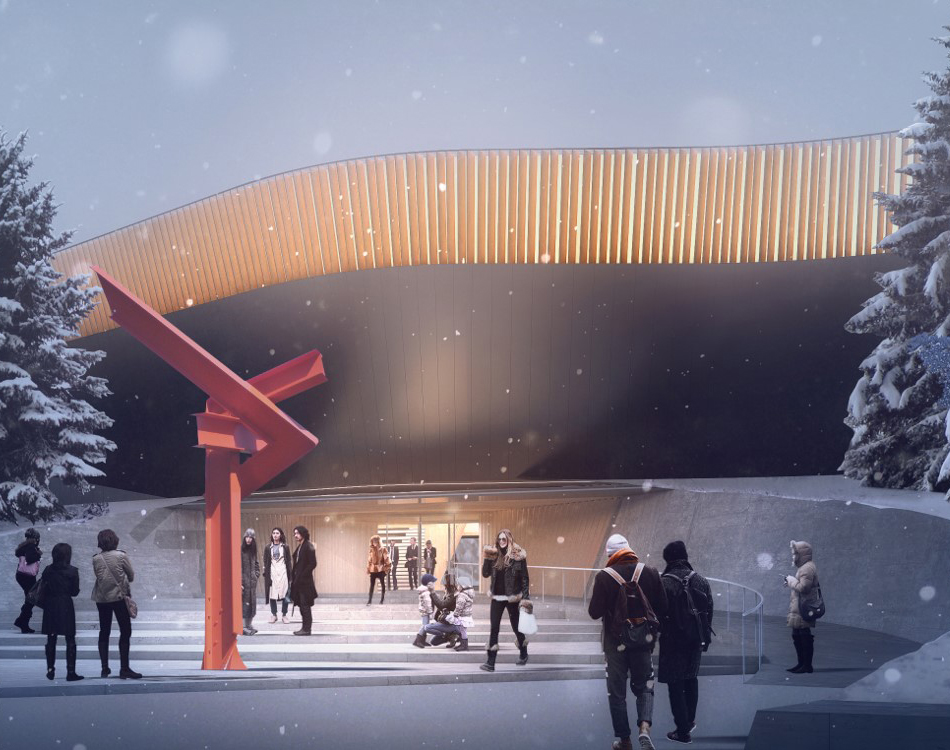 The new Waterfront Gallery is being honoured with a 2019 Canadian Architect Award of Merit. Designed by Patkau Architects and Brook McIlroy the new Waterfont Gallery’s architectural design was influenced by consultation with Indigenous stakeholders including artists and Elders.

A sacred Ojibway story in which the Earth is reborn after a flood upon the back of turtle’s shell was interpreted by Ryan Gorrie, the Design Team’s Indigenous Design Advisor.

“Long after turtle became Turtle Island and Nanabijou laid down for the last time, the spirits of both are very much alive,” writes Gorrie. “The emergence of the Turtle from the water to form the gallery creates a powerful narrative and connection to culture […] The gallery resides on the shore, left by Turtle to house great collections and to continue telling stories of culture, tradition and thought. The form of the gallery is organic in nature, part building, part animal, and part landform.”

Juror Joe Lobko, who was born in Thunder Bay, says “the City is close to my heart. It is a city that is challenged in many ways, but it also has much to celebrate, and I am so pleased to see a great work of architecture emerge along its shoreline.”