Maud Lewis (1903–1970) has captured the hearts of many with her dazzling depictions of rural Nova Scotia. Her paintings describe a way of life in the Maritimes that was rapidly changing, as the horse and buggy gave way to the automobile and small-scale net fishing was overtaken by industrial fisheries. Her works are thus both documentary and deeply nostalgic. The exhibition will focus on her endearing artistic accomplishments, featuring many never-before-seen pieces.

Lewis’s work is built around the serial repetition of images, symbols and motifs. From patterns of cats and kittens, to rustic images of horse-drawn carts and oxen, to breezy scenes of ships in the harbour, Lewis’s work appealed to audiences nostalgic for cheerful depictions of rural life in Atlantic Canada. Her mastery of colour, endless compositional variety and exuberant vernacular style also mark her as one of Canada’s most formally inventive folk artists.

Lewis was raised in the town of Yarmouth, Nova Scotia, the daughter of a blacksmith. Until her final days, she would revisit in her paintings the happy scenes of her childhood. Hers was an art of unbridled joy, despite the many harrowing setbacks she faced such as her rheumatoid arthritis, which worsened as she progressed toward adulthood, the early deaths of her parents, and her troubled marriage.

Maud Lewis opens to the public on October 22, and will remain on view through January 3, 2021.

Maud Lewis is organized and circulated by the McMichael Canadian Art Collection and curated by Sarah Milroy, Chief Curator. 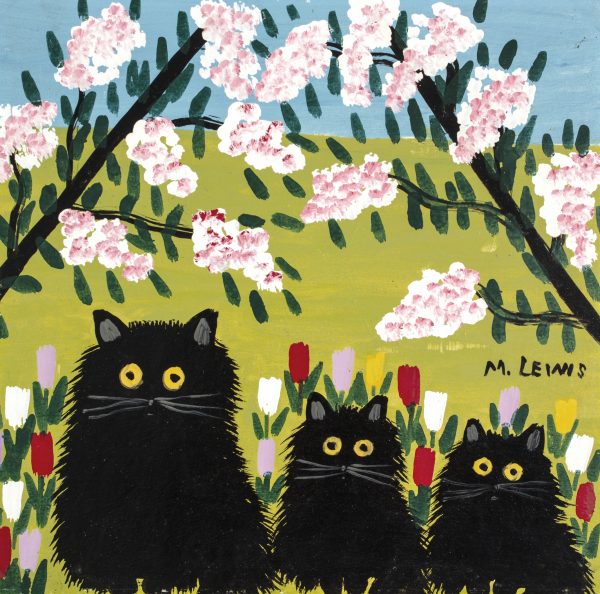